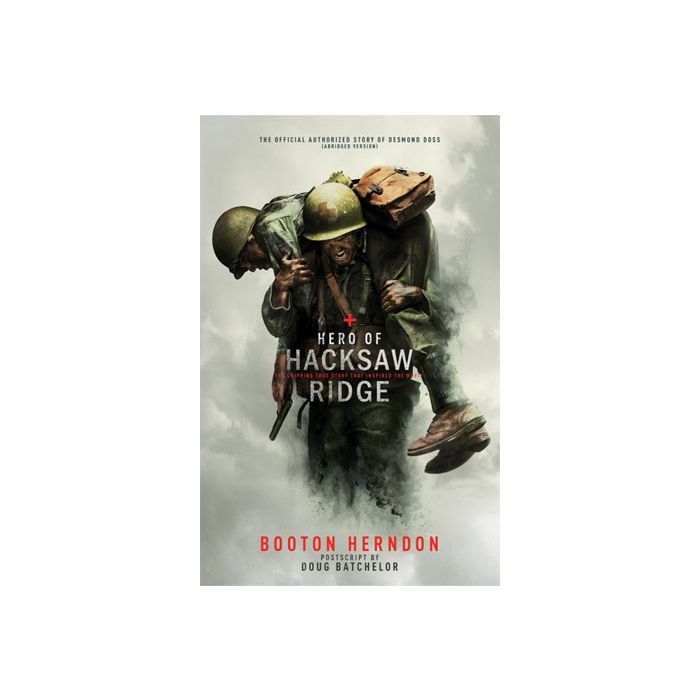 Be the first to review this product
$10.99
In stock
Sorry, does NOT qualify for FREE shipping offer.
SKU: RP1230
Description

"When we go into combat, Doss, you're not comin' back alive. I'm gonna shoot you myself!"

The men of the 77th Infantry Division couldn't fathom why Private Desmond T. Doss would venture into the horrors of World War II without a single weapon to defend himself.

"You're nothing but a coward!" they said. But the soft-spoken medic insisted that his mission was to heal, not kill.

When Desmond knelt by his bunk to pray, his fellow soldiers hurled boots and insults at him. Even his commander wanted to throw him out of the army. But when his unit arrived on the battlefield, the intrepid medic quickly proved he was no coward.

One terrifying day in the vicious battle for Okinawa, dozens of Desmond's former tormenters lay wounded and bleeding atop Hacksaw Ridge. As Japanese bullets rained down, their fate seemed hopeless.

Could one unarmed man save their lives?

This page-turner will keep you riveted to your seat as you discover how Desmond Doss became the first conscientious objector to receive the Medal of Honor. Desmond's dramatic true story of integrity, redemption, and heroism will inspire you to live by the courage of your convictions.

Use this file to print bulletin inserts for your Church or group.
Click here to download the file.

Use this file to print posters for your Church or group.
Click here to download the file.

Reviews
Write Your Own Review
Related Products
We found other products you might like!
© 2021 Family Home Christian Books. All Rights Reserved.