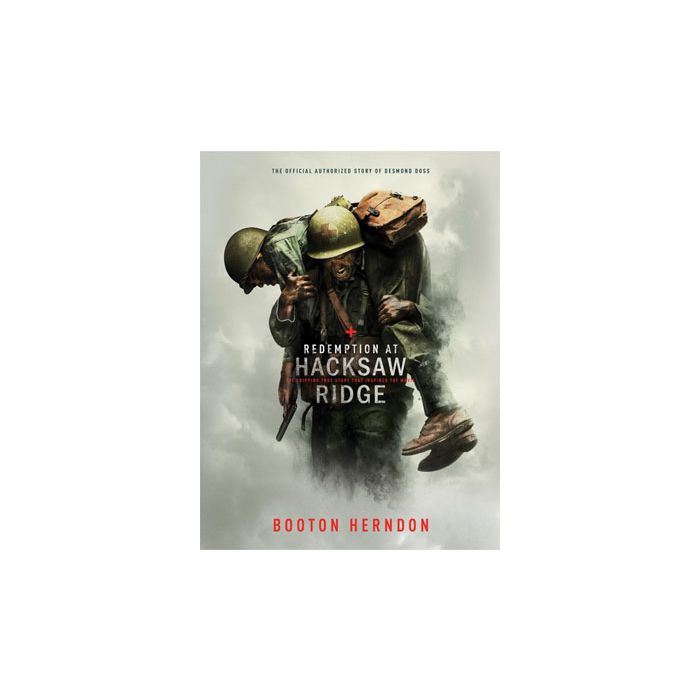 Be the first to review this product
Booton Herndon
$24.99
In stock
Free Shipping
Description

"When we go into combat, Doss, you're not comin' back alive. I'm gonna shoot you myself!"

The men of the 77th Infantry Division couldn't fathom why Private Desmond T. Doss would venture into the horrors of World War II without a single weapon to defend himself.

"You're nothing but a coward!" they said. But the soft-spoken medic insisted that his mission was to heal, not kill.

When Desmond knelt by his bunk to pray, his fellow soldiers hurled boots and insults at him. Even his commander wanted to throw him out of the army. But when his unit arrived on the battlefield, the intrepid medic quickly proved he was no coward.

One terrifying day in the vicious battle for Okinawa, dozens of Desmond's former tormenters lay wounded and bleeding atop Hacksaw Ridge. As Japanese bullets rained down, their fate seemed hopeless.

Could one unarmed man save their lives?

This page-turner will keep you riveted to your seat as you discover how Desmond Doss became the first conscientious objector to receive the Medal of Honor. Desmond's dramatic true story of integrity, redemption, and heroism will inspire you to live by the courage of your convictions.

This special hardback version contains pictures and other related materials that make it a keepsake edition.

Acknowledgments
Foreword by Senator Max Cleland
Prologue by Terry L. Benedict and Gabe Videla
1. The Loneliest Soldier
2. "...That Ye May Be Able to Bear It"
3. Combat!
4. "Pray for Me, Doss"br /> 5. One Busy Sabbath
6. The Last Patrol
7. The Greatest Honor
8. Peace and Adversity
9. The Heritage of Desmond Doss
Epilogue by Les Speer
Index