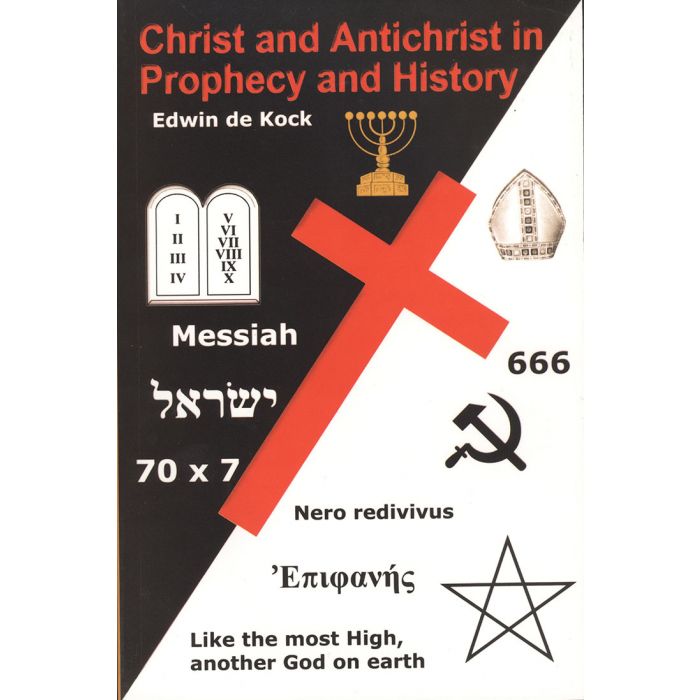 Christ and Antichrist in Prophecy and History

Be the first to review this product
Edwin de Kock
$19.95
In stock
Qualifies for free shipping offer.
SKU: HHT171
Description

This very readable book is in harmony with the Historical School of Prophetic Interpretation, but also offers many new and sometimes startling insights.

1. Several chapters validate the identification of the Antichrist as taught by the sixteenth-century Reformers, Uriah Smith, and other writers. They refute both Preterism and Futurism.

2. The dragon, the beast and the false prophet cannot persecute the saints of the Most High with impunity. Again and again, calamities have afflicted the nations that supported them.

3. The Little Horn has made no fewer than fourteen changes to God's Law of Ten Commandments.

4. The Heruli, Vandals, and Ostrogoths-eliminated to promote the interests of the Little Horn-were not Arians, as is often asserted. Deriving their Christianity from Asia Minor, they did believe in the eternal preexistence of Christ and also see, to have observed the Saturday Sabbath. In common with most Teutonic people, these nations belonged to the Germanic Church. Like the related Celtic Church, they would not submit to the papacy; therefore, they were crushed by military force to ensure the triumph of Catholicism.

Part 1—Nebuchadnezzar’s two Images
1. An Ancient King Dreams About the Future
2. The Four Metals: Biblical and Other Parallels
3. The Continuing Importance of Western Europe
4. A Rebellious King

Part 2—The Ferocious Beasts
5. Four Beasts out of the Sea
6. Iron Teeth and Bronze Claws

Part 3— The Lamb of God
7. The History That Never Was
8. A Prophetic Biography of the Messiah
9. In the Fullness of Time
10. The Remnant of Israel

Part 4—The Roman Factor
11. The Pagan Beast and the Early Christians
12. How the Papacy Began
13. The Beast Converted
14. Papal Growth and Western Decline
15. Words Against the Most High
16. Tampering with God’s Law

Reviews
Write Your Own Review
Related Products
We found other products you might like!
© 2021 Family Home Christian Books. All Rights Reserved.