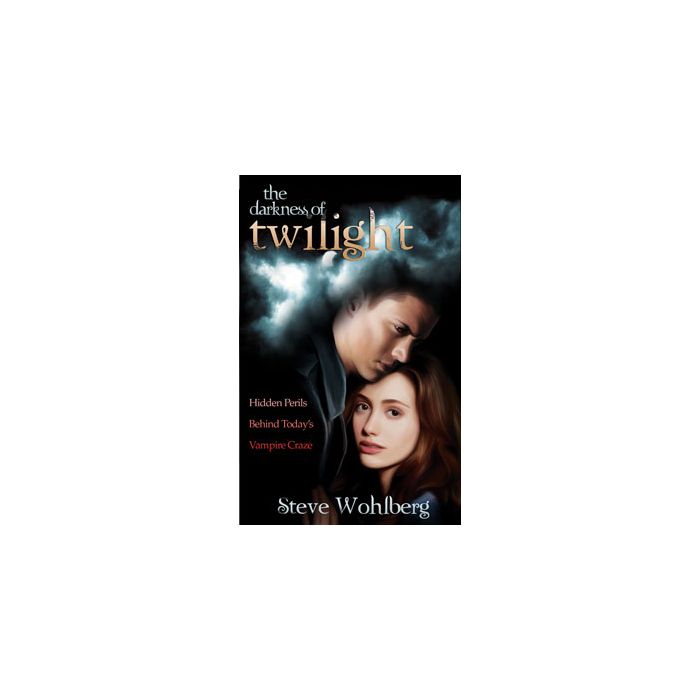 The Darkness of Twilight

Be the first to review this product
Steve Wohlberg
$1.25
In stock
Free Shipping
Description

The devil’s wiles are endless, and he uses seemingly the most unsuspecting people to accomplish his deceptions. In the case of the Twilight series, he’s using an Arizona stay-at-home mom. Twilight in a nutshell is a story of love, lust, vampires, werewolves, good, evil, mortality, immortality, and blood—yes definitely, blood, and the craving for it as the sweetest drink of all. If you’re a Twilighter, hopefully you are thinking at this point: “Fair enough . . . so what’s the problem? It’s just fiction!”

First of all, most fiction is not just fiction, and this is certainly true of Twilight. Fantasy aside, fiction still communicates ideas, values, and messages, and these in turn, affect the day-to-day activities of readers and movie watchers. In The Twilight Saga, we meet the Cullens, a family of vampires with some werewolves too. Far from being Bela Lugosi’s stereotypical creatures of the night, the Cullens walk around like normal folks during the daylight, hold jobs, and some can even handle sunlight. They are also depicted as living absolutely awesome, exciting lives. The “coolest” thing is that they all have specials powers beyond average mortals.

Because of The Twilight Saga, and other Hollywood production, interest in real vampirism is exploding to the point that virtually every community in America has a vampire subculture. As vampires, the Cullens drink blood, albeit the “vegetarian” or non-human variety as do members of the subculture. Scripturally, drinking blood directly opposes God’s directive regarding flesh foods (Genesis 9:3, 4; Leviticus 17:10, Acts 15:21).

The lure of vampirism and possessing special powers tempts real teenagers and adults today to explore the mysterious world of occultism. The blood-drinking practice of vampirism, as the Bible confirms, is a connection to soothsaying (Leviticus 19:26). Make no mistake about it: vampirism and occultism usually go hand in hand. Two verses later, the Bible also warns against self-mutilation, and “cutting” is rapidly addicting people, especially teenage girls.

Why so much blood? Jesus’ shed blood, as represented by the slain lamb in the days of the sacrificial system, cleanses you and me. Life is in the blood. Satan, again, has put forth another counterfeit to confuse holiness and sinfulness. In these last days before our Savior returns, don’t let Lucifer’s legions mesmerize your mind with the wrong blood.