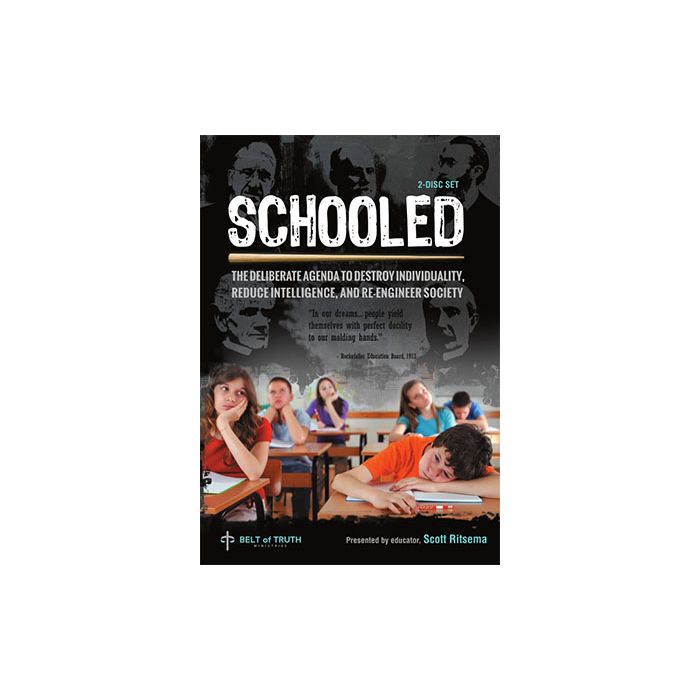 Be the first to review this product
Scott Ritsema
$29.99
In stock
Free Shipping
Description
presented by Scott Ritsema

“In our dreams … people yield themselves with perfect docility to our molding hands.”
—Rockefeller Education Board, 1913

Americans were once admired for their literacy, self-reliance, critical thought, and family values. After 100 years of compulsory schooling; however, Americans are now among the dumbest, most dependent, and most morally repugnant people on the planet. How did such a drastic change take place in such a short period of time?

It was a well-funded and deliberate plan—a plan that we won’t hear about from the mainstream media or in the establishment history textbooks. To the financial and political elite who built the system, American schooling had nothing to do with truly education children.

In two fast-paced, eye-opening sessions, Schooled uncovers the true intentions and designs of American schooling. Hear the clear, honest, and jaw-dropping admission straight from the mouths of the architects of modern schooling. Understand the basic economic and social agenda behind this movement. Then catch a glimmer of hope in a return to a better way.