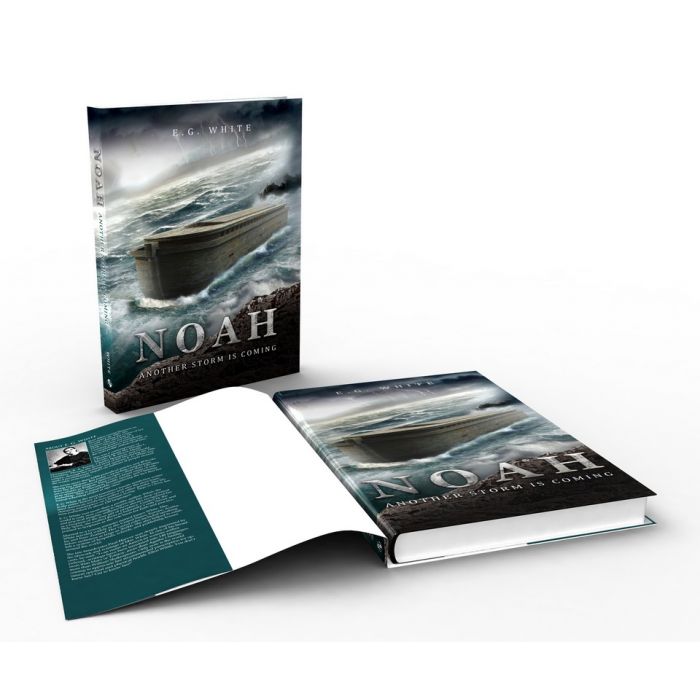 Noah: Another Storm is Coming (Hardcover)

Be the first to review this product
E. G. White
$16.99
In stock
Free Shipping
Description
A worldwide, catastrophic flood. It reshaped the face of the planet. It killed millions of animals. It ended the lives of countless men, women, and children. Why would anyone believe a God of love would punish the world like that?

You’re not alone. Questions like this one have mystified honest, searching people for thousands of years. Skeptics discredit the event as a mere myth, proof that God is nothing more than a cruel tyrant invented by men, while believers struggle to harmonize the love of Jesus and this frightening Old Testament story.

There is an answer that actually makes sense that will help you understand the mind of God when it comes to evil, sin, suffering, pain, and punishment.

In this stunning, in-depth exploration of the real story of Noah, you’ll discover all the great themes at play in this world-changing event. You’ll not only get an accurate, biblical, and historical narrative of the life and times of Noah, you’ll better grasp the vital spiritual themes that will expand your Bible literacy and grow your trust in God’s plan for our planet—and for you.

The story of Noah still matters today. Jesus warned that the history of Noah’s time and the greatest storm the world has ever seen would repeat itself just prior to His return. That new storm is coming soon. To survive it, you will need to have the faith of Noah, the faith to believe when so many doubt, the faith to be patient when all seems lost, and the faith to trust God and His Word for 120 years—so long against so many odds—when every day your friends call you crazy and fanatical.

This book will show you how to have that extraordinary faith.


We have a burden for people’s faith in God to grow and have assembled some of the best faith-building material about the tempest that is rapidly gathering. We have used three sources for this book: Patriarchs and Prophets, The Desire of Ages, and The Great Controversy. Thus, this excellent tool will lead to a fuller understanding about the pending storm.