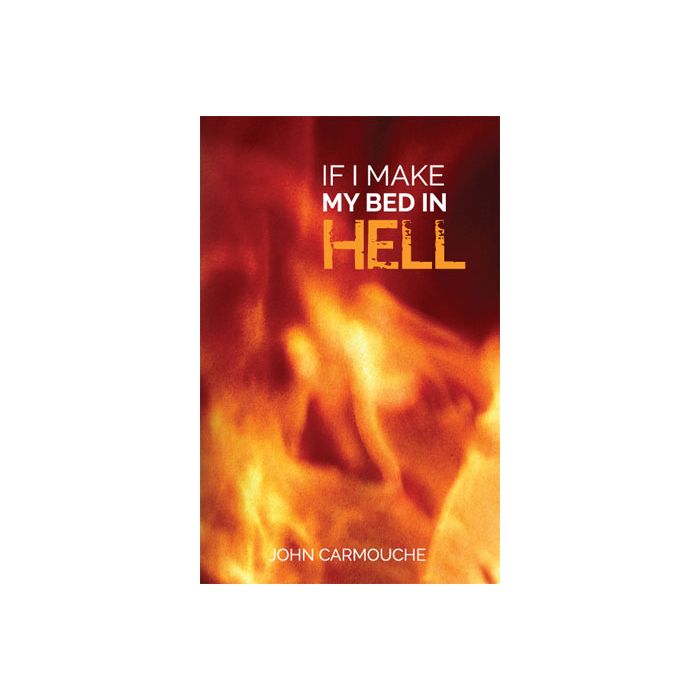 If I Make My Bed in Hell

Be the first to review this product
John Carmouche
$7.99
In stock
Qualifies for free shipping offer.
SKU: RP1228
Description
by John Carmouche


John grew up poverty stricken in Louisiana’s bayou country. Because of familial connections, arrangements were made for him and Peggy, his sister, to attend the local Catholic school. At 14, he started asking questions that annoyed the monsignor in charge. Since the priest didn’t have answers to the honest spiritual questions, he raged. Nevertheless, John asked the nuns for a Bible. They turned a deaf ear to his repeated requests.

Gifted musically, John easily learned to play the saxophone. By 15, he was making music in dance halls and bars. Enticed by the world, he left his spiritual desires in the dust.

God wasn’t done seeking for his heart, however. Newly graduated from high school, he found work in the oil fields in the Gulf of Mexico. On the very first rig, an explosion and fire threatened the lives of the crew. God spared his life in the midst of this peril. His attention was on high alert, so Bible study ensued.

Years passed, and he left for the oil fields in Iran. There he lived the high life. There he found a young wife. They left for the United States shortly after the last Shah was deposed. The western lifestyle intrigued the young mother. More interested in the night life, the marriage began to deteriorate. John took a job close to home, but illness racked his frame. He conversed with another John, and asked his favorite question, expecting the same unsatisfactory answer.

“Tell me about the Sabbath.”

This time, a very different response brought about more questions from the invalid. His respiratory ailments precluded John from ever smoking and playing the saxophone. Thus, he dug deeper into God’s Word.

Meanwhile, his party-loving wife finally admitted to me that she was having an affair outside their marriage. A mad fury twisted him in knots. Rational thought vanished when he witnessed them together. A heated struggle ended when John plunged a knife into his opponent, leaving him lifeless.

Splattered with his rival’s blood, he fled the scene. Quickly, he was arrested. Tried. Convicted.

What could God do with an incarcerated, blackened soul? You’ll be able to trace John’s steps in accepting God’s call, “Follow Me.” His prayer is that you will accept the same call.