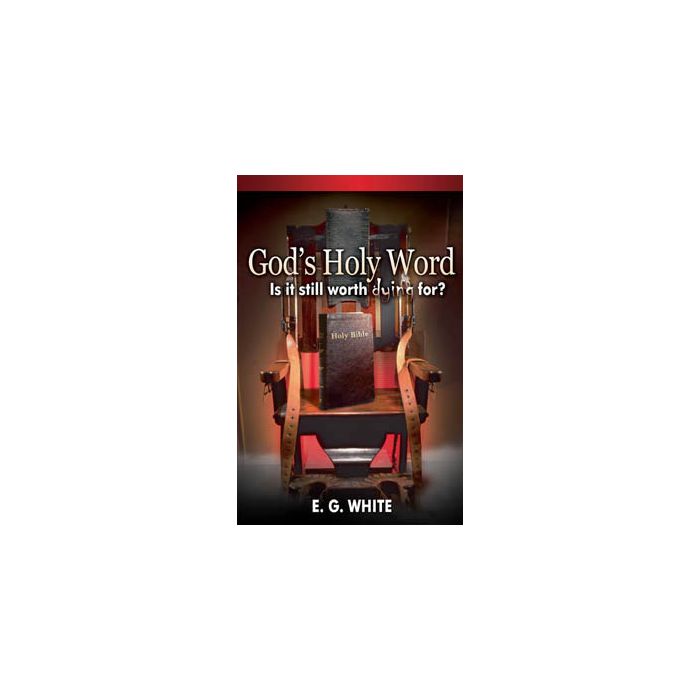 God's Holy Word: Is It Still Worth Dying For?

Be the first to review this product
E. G. White
$9.95
In stock
Qualifies for free shipping offer.
SKU: RP1056
Description

Researchers say at least 10,000 different religions exist around the world. Just one of those—Christianity—is divided further into 34,000 different denominations.

The Bible speaks of only one God and one church. So why do the world's nearly seven billion people worship thousands of gods in tens of thousands of churches?

One great effort of God's great enemy is to sow never-ending division and confusion. The Devil masterfully counterfeits truth, compromises it with error, and if necessary, frightens God's followers into abandoning their beliefs to save their earthly lives.

During what we call the Dark Ages, the enemy used counterfeiting, compromising, and frightening tactics to create a whole false system of religion that hardly resembled Christ's original church. The Bible was either abandoned or locked up so no one could read it. Paganism, atheism, and politics were mixed with truth until mostly error was left.

But God always had His faithful people: the Waldenses, the Albigenses, the Huguenots. These and other followers stood firm on God's Word. Then the events of the great Protestant Reformation occurred. Bold men of God such as Wycliffe, Hus, Jerome, Luther, and others stripped away layers of falsehoods and exposed God's truth again.

Once again, though, we live in a godless time with the Bible under attack. God needs you—He needs all of us—to champion His truth. He needs His people once again to stand on the Bible—and nothing else!