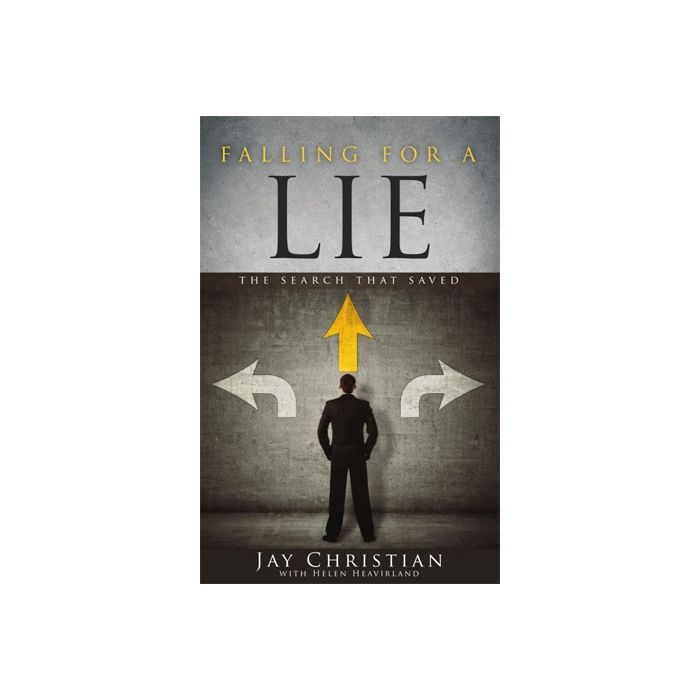 Falling for a Lie

Be the first to review this product
Jay Christian
$14.99
In stock
Free Shipping
Description
by Jay Christian with Helen Heavirland

At one time Jay was a successful rock-and-roll and country music announcer. In radio for 20 years, he was also a program director and manager. Early in his twenties, he discovered New Age and all of its trappings. He became one of its most ardent disciples. Then God tugged at his heart.

Several incidents ultimately led him to question everything he’d ever believed. All Jay wanted was truth, but where could he find it? So he embarked on a quest to find that truth. Learning where to look took him on a wild journey of highs and lows. He explored everything. Christianity. New Age. Spiritualism. Astrology. Hinduism. Buddhism. And other alluring sojourns into the supernatural. He fell for lies in his search. They trapped him in a downward spiral. Job losses. Divorces. Depression.

Then he discovered the Bible, the true meaning of Christianity. The key to releasing his despair. The truth found in the Word of God unlocked his heart and set him free. Today, he tends to a worldwide Christian radio and television ministry.