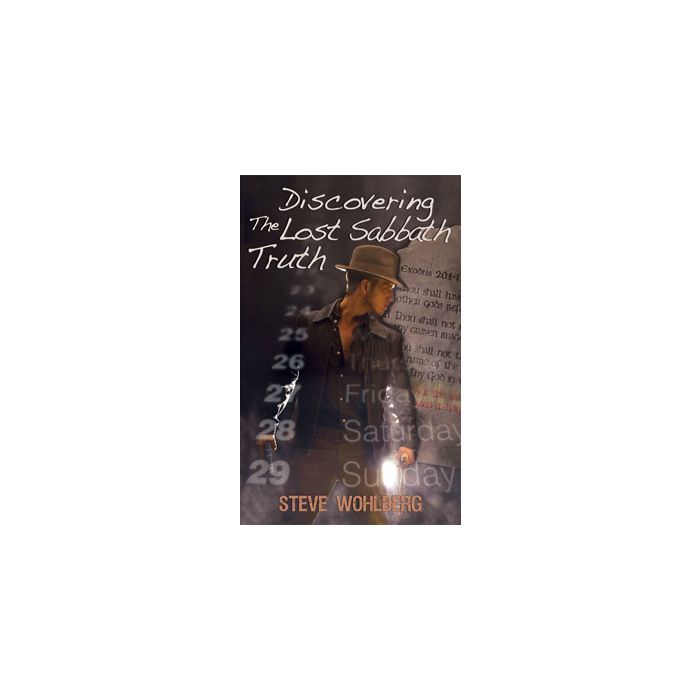 "Men occasionally stumble over the truth, but most of them pick themselves up and hurry off as if nothing ever happened." —Sir Winston Churchill (1874-1965)

To the misfortune of many, this is how they view the Sabbath truth. They recognize is as truth, but because it is not convenient to their lives, they do quicken their step to move in another direction. "Unfortunately, it has been buried beneath the murky waters of human tradition, but it still exists," as author Steve Wohlberg states.

The Bible clears the fog so that the truth is unmistakable. Beginning in Genesis, through the Ten Commandments and Jesus' example, the brief pages of this pocketbook declares the veracity of the Sabbath. Daniel even prophesied approximately 600 years before Christ's death that mankind would "think to change times and laws" (Daniel 7:25). In Discovering the Lost Sabbath Truth, the murkiness also gives way to the facts of human tradition and the church history of how leaders attempted to change God's law to fit their own way of thinking.

Finally, the author parallels Christ's Sabbath rest once He finished the creation of this world to His Sabbath rest when He concluded His earthly work of salvation. Even in death, He rested on the Sabbath day.

Since the Garden of Eden, man has wanted things his way. From the cross, Jesus pleaded with us to choose Him and His day.