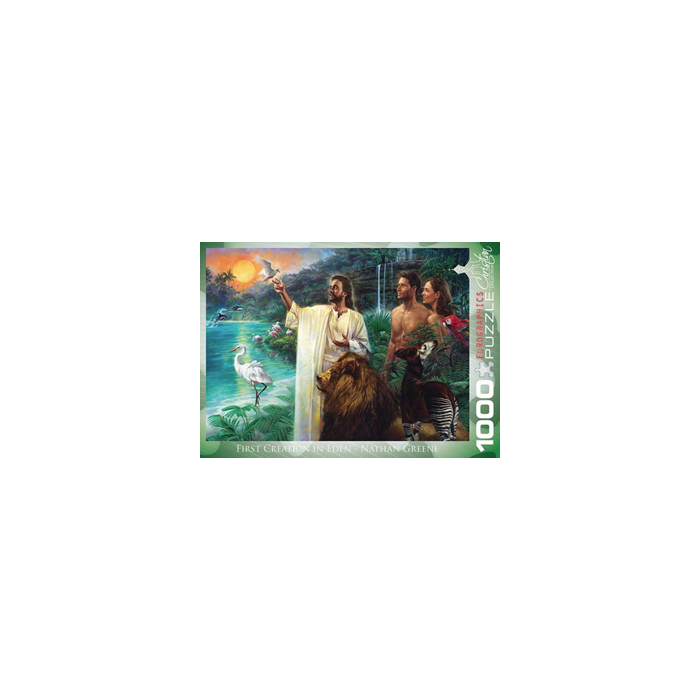 Be the first to review this product
$14.99
In stock
Free Shipping
Description
Painting by Nathan Greene

“Then God saw everything that He had made, and indeed it was very good. … Thus the heavens and the earth, and all the host of them, were finished” (Genesis 1:31–2:1 NKJV). Nathan Greene memorializes creation in this painting entitled “The First Sabbath in Eden.”

As a contemporary painter, Nathan Greene’s artistic heritage is grounded in the honored tradition of a golden era in American illustration. His connection to the spirit of the great illustrators and painters of the 1940s is a tangible one. Nathan grew up in Michigan and attended Chicago’s historic American Academy of Art, after which he soon began an illustration career for publishers. He has painted a number of key commissions for the NASA space program.